Due to high volume of patient visitors, we highly encourage you to schedule your appointment online through our Online Services.
If you want to Learn more about Safe @AHMC, click here.

Recover from COVID-19 in the comfort of your home! Learn more about our Home COVID care by clicking here.

Disclaimer: With AHMC’s commitment to give you a safe and reliable place to receive care, we always practice the best sanitation and disinfection process, because your health and safety is our highest priority. 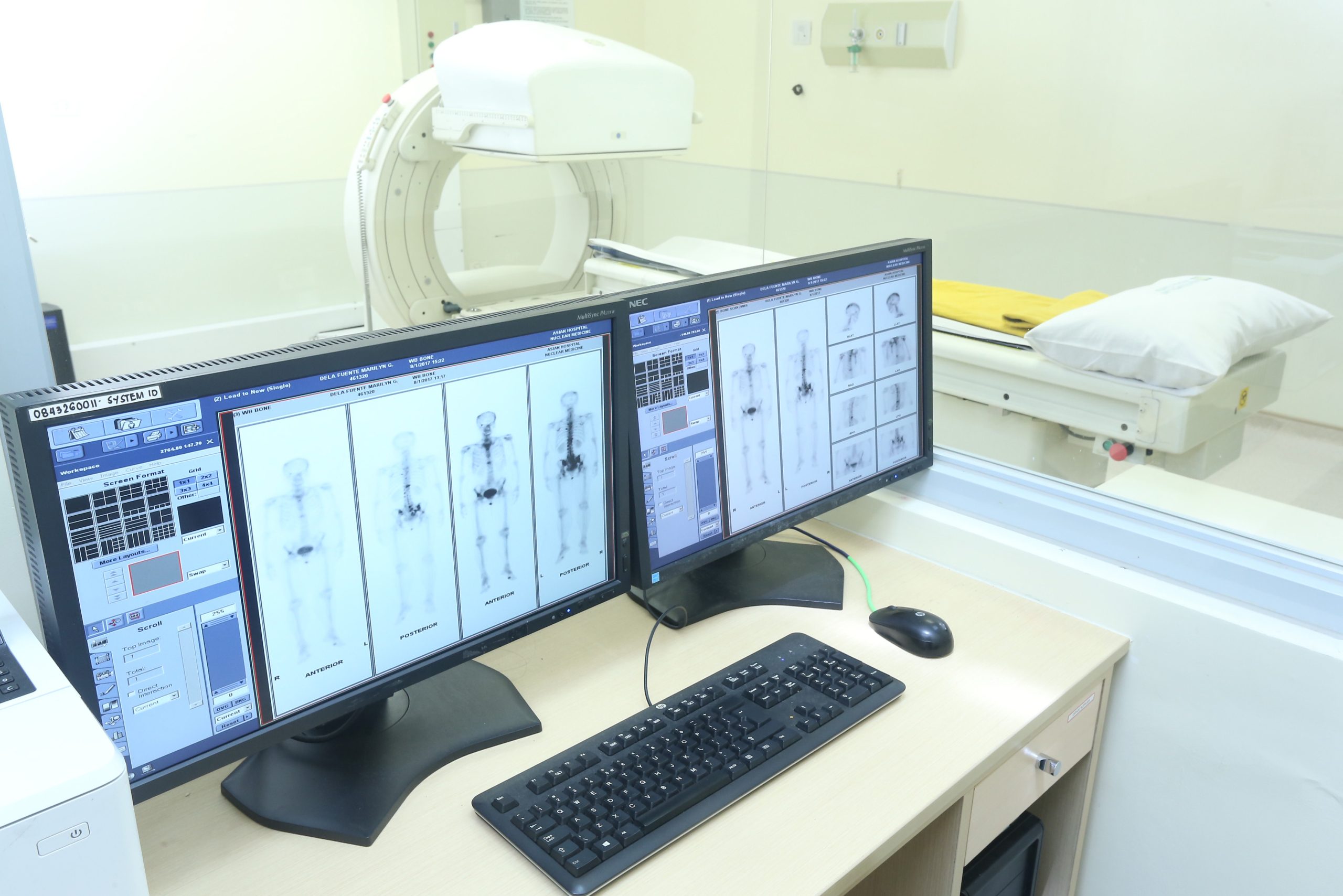 Nuclear medicine (NM) is centered on the use of radiotracers to better visualize the inside of the body during imaging tests. At the Asian Hospital and Medical Center, we offer an array of nuclear imaging tests as part of our Nuclear Medicine Services. Through these non-invasive procedures, we aim to provide early and accurate diagnosis and treatment services to address a variety of diseases.